In October 2016, an opportunity arose for PICAA INC. to form an island-style strings band.  So a call-out for interested guitar and ukulele players was made for a performance at the ‘Aotearoa Fest’ hosted by the Melbourne Immigration Museum.  The band plays music that showcases the beautiful and soothing melodies that come from the Pacific.  PICAA Strings Band members: Fipe Preuss, Obert Tuisuga, Steve Tafea, Christian Gilbert, Brandon Tuiono and Ray Tamamasui. 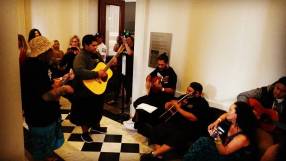 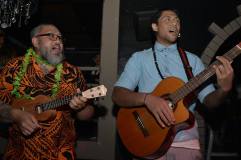 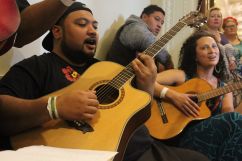